Posted on May 4, 2013 by theprofessionallitterpicker 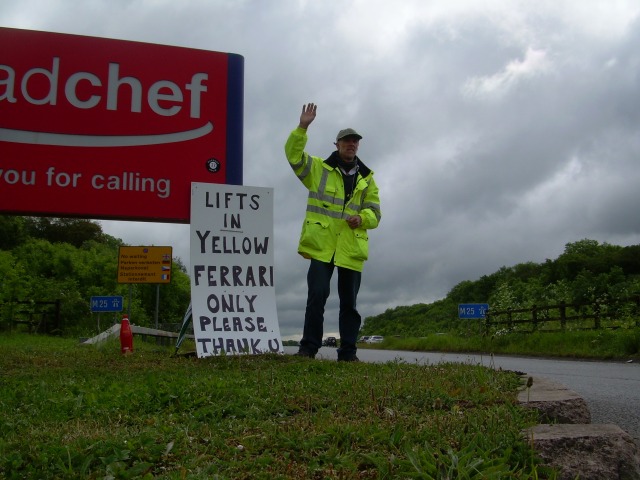 How many times I’ve been incensed by the horrors of our World and felt the need to buy a placard, write on it and parade it in public. From the invasion of Afghanistan in 2001 to the invasion of Iraq, for the political prisoners in Burma, to the horrors in Syria when peaceful public protests were met with death, torture and imprisonment. When you hear of or witness horror, you either get up and say something or rest in your seat feeling the inadequacy of not being able to help.

Do protests work? I think they do. But there’s a sliding scale of effect. Some have it immediately, some take years to filter through Humanity’s workings, until one day common sense or nature takes over and we wonder why we couldn’t have stopped the horror in the first place. It’s a complicated World we live in.

So I’ve written on another placard! Not to try and stop a war this time, not to try and help free innocent prisoners, not to try and balance fairness in our World, but to try and give a final push to reach my £10,000 target by 10.05am Monday morning, more or less 48 hours from now.

I will drive down to Bournemouth about an hour from where I am now and walk around the ‘hopefully’ crowded streets. I have had some good press coverage, but until this moment it hasn’t produced the result I am after. I have had great feedback via Twitter, great feedback via e mails, face book and on my funding page…but I haven’t completed the task…yet!

If I walk around the streets of Dorset, and I’ll probably do it again tomorrow too, just maybe I can spark off the impetus to push me over that line. People have cameras on their mobile phones now! They could talk to me, photograph me, tweet me, face book me…

What else do I do?

Getting up with a placard has always produced a result for me. It maybe didn’t stop a war, or release a prisoner, or feed a child but I felt I had done something to try.

I’ll tell you how it goes!

…another protest.  We clapped for half an hour outside the Burmese Embassy.  One clap for every political prisoner held in jail at that time in 2010.

Cleanin' up the World!
View all posts by theprofessionallitterpicker →
This entry was posted in 1.Please., Litter and Human Rights. Bookmark the permalink.