Choose some of your photos…and tell us about them.

Posted on November 18, 2013 by theprofessionallitterpicker

1)  Taken today, Monday 18th  November 2013.  Advertisement pinned on a tree outside old Infirmary building in Salisbury, Wiltshire, UK.  I like it when people use alternative methods to attract attention. 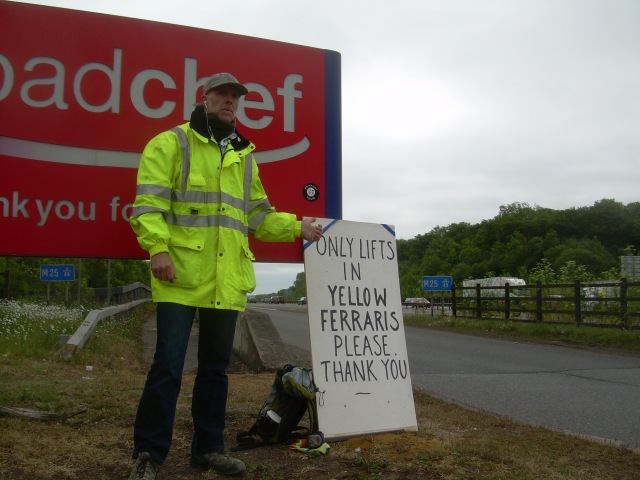 2)  Talking of attracting attention.  This was my way of expressing my horror of what was beginning to happen in Syria in the spring of 2011.  Okay, it hasn’t stopped anything-but at least I can say to myself that when all looked likely for mass horror, I got up and said something.  (ps. For those interested this was at Clacket Lane Service Station Eastbound on London’s M25 motorway.  I didn’t get a lift in a yellow Ferrari…but did manage to decline a lift in a beige Maserati).

3)  A beach in Eastern Crete, Greece.  The dirtiest beach I have ever set foot on.  With every wave came new plastic.  I’d like to be known as one of the people that helped clean up the World.  I am nowhere near that league yet…but there is still time.

4) and 5).  Two pieces of furniture made from wood found at picture 3).  Great fun to make.  Sold the coffee table before I’d finished making it.  Sold the shelf unit for half price…but boy did I need the money when I sold it!

6)  One of my most prized photographs.  Not just because of the colours but because of when and where it happened.  I was walking through Northern France.  It was raining and I was waiting for the Youth Hostel to open and had a long wait for it to do so.  I walked down the road feeling pretty low, turned to my left and was greeted by a whole field full of the above.  My mood lifted immediately and the wait was no longer a lingering wait.  I walked in wonder. 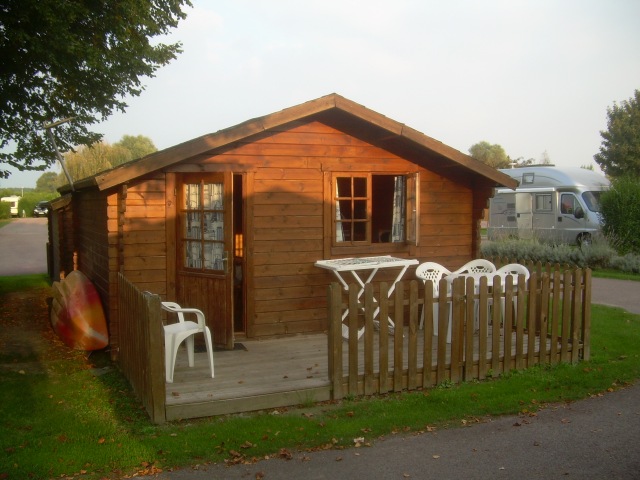 7)  Northern France and the same trip as 6).  Money was running out and I had enough for three nights in another Youth Hostel or one night in this log cabin on a camp site.  I went for the one night, got talking to the owners and ended up earning £500 for doing some repair work for them! 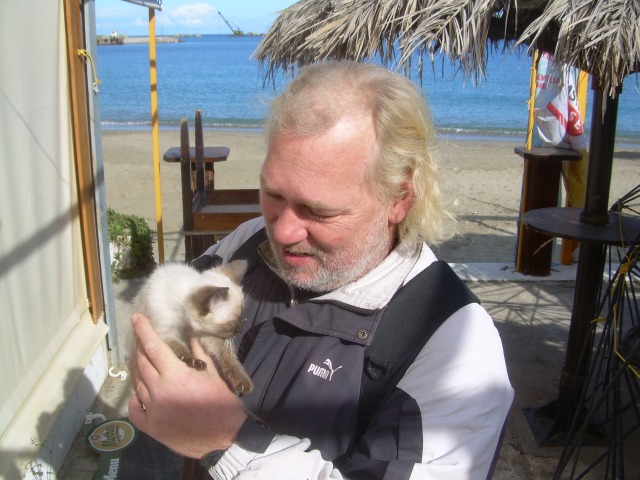 8)  The Crazy Cat Man of Crete, (Eastern Crete).  A Friend of mine.  A big burly Dutchman who could easily be mistaken for a mafia man, (a quote from himself!).  If there was ever someone who deserved a million quid for his work with animals this is that person. The last time I visited his home he had 29 cats and 6 dogs. I must suggest ‘crowdfunding’ to him.  (I will suggest ‘crowdfunding’ to him).

9)  Treasure chest made out of pallet wood and sold to an award winning ‘Wedding’ organiser on the South coast of the UK.  I chose this photograph because of where and how I made it.  I had a 28 foot sailboat moored in Cherbourg, France and I made this piece in the cabin whilst it poured with rain outside and I played tune after tune on my CD player.  I spent a lot of the time giggling, because it was so absurd making it in such a small space.  I have video of it as well-should edit it, so long as I don’t cross any copyright laws for the music.

10)  And the final photograph.  Wouldn’t it be great if this prayer came true-exceedingly soon.

I said in my last post that this post, my next would be very very different.  It’s different, but definitely not very very different or radically different as I had hoped but I just felt it was time to start writing again.  Fancy choosing some of your photographs and sharing a story or two?

Cleanin' up the World!
View all posts by theprofessionallitterpicker →
This entry was posted in Litter, Human Rights and Travel, out of book.. Bookmark the permalink.

3 Responses to Choose some of your photos…and tell us about them.