Posted on September 26, 2014 by theprofessionallitterpicker

Another trip to Calais, France.  A trip to scour the beaches, to document the litter, to think on the feasibility of employing the many desperate Migrants who are racing to Europe in their attempt to create safety away from turmoil.

Well, there’s not much litter West of Calais, on the beaches that is.  (Plenty on the slip roads.  Britain, we are not alone on that one!).

Sandy beaches stretch for miles.  The tourist information lady said as far as Normandy.  And we are talking scores of miles there. 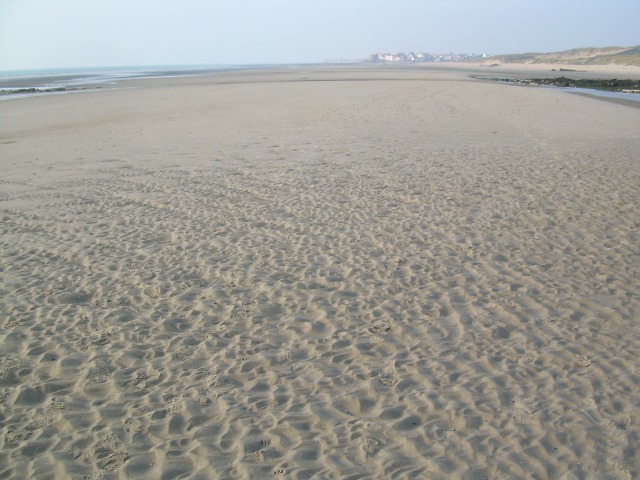 But there is still work to do on the European coastline.  Employment could be found.  (Time to get back to Crete I think).  On one beach alone there I found four thousand plastic bottles tops in six hours.  Now here’s a film worth thinking about.  How about collecting forty thousand…or even four hundred thousand?  It is possible.  It might take time, but it is possible.

I went to Calais to look for a briefcase.  It was one of the things on my to do list.  I found two huge junk shops, and the horrible weight felt by the news of American air strikes in Iraq and Syria was slightly softened as one of my ideas of heaven was realised-bargain hunting-amongst junk.

And I found this painting.  Signature on the back dated 1949, although I think this was the painter’s birth date rather than when he painted it.  It’s in far too good a condition for 65 years old.  In English it is called ‘A couple of owls on their nest’.  It’s papier mache.  It’s forty four inches wide by ninety five centimetres tall.  I think it’s superb.  I bought it for forty euros.  Maybe I can sell it for a couple of thousand?  Who knows?  Someone must! 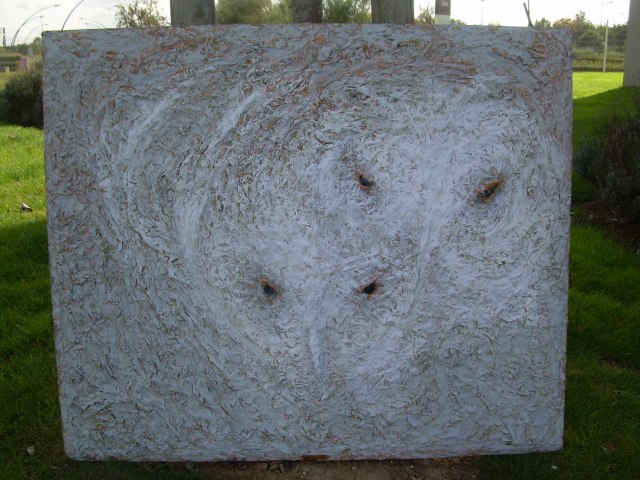 A student I met on Twitter considered coming on the trip with me.  It didn’t work out this time.  This photograph is for her!  I was amazed to find this specially designed ‘Insect Hotel’ slap bang next to a huge shopping mall and within easy sight of the channel tunnel entrance.  In the multi billion pound making of this speed link-bugs were not forgotten.  I am impressed.

Missiles in Iraq.  Missiles in Syria.  Horror around us.  I believe we can find peace via peace.  Politicians talk of a three year campaign.  Why?  Why three years?  Why frighten everyone?  Why not put up the question…How can we all live in peace?  Exterminating ‘a problem’ will not get rid of the cause…will it?  We have to look far deeper than we are.  The answers must be there…but do we have the time to look for them?  Maybe we have to make the time…

I found four briefcases.  I bought one…

Cleanin' up the World!
View all posts by theprofessionallitterpicker →
This entry was posted in 10.Calais, France., Litter, Human Rights and Travel. Bookmark the permalink.

2 Responses to the briefcase.