Posted on September 14, 2015 by theprofessionallitterpicker

Being one out of something like seven billion people on the Planet you wonder what you yourself can do to help heal all the ills we see around us. The Refugee situation crossing Europe is just another one of our ‘problems’ we now have to attempt to sort out. Having said that, we don’t have to do anything! There is no law that states ‘we must heal all ills on Planet Earth”.

Yet many of us, hopefully the majority of us, hate seeing suffering-and our inclination is to attempt to do ‘something’ to reverse it.

I bought a Porsche Carrera 4 today. Smart cars. I took it in the shower with me and washed it down. It’s several decades old, missing bits and pieces but viewing the internet it seems it may be a bit of a collectors item. I took a photo of it and plonked it on twitter for £500. It cost me £40.

Five hundred pounds would give me more time in Calais, would allow me to pay my payments, some of my debts, and work in my own little way with the Refugee situation both here and further afield.

I bought a collage of two owls last time I was here. Up for sale for £2000, bought for far less. I have the Pallet Prayer which I carved in Ibiza a few years ago-priced at £1200…and I have my e book, priced at 99p telling the story of my hitch hike between Geneva and Damascus back in 2001.

If they sell this could be a good way to fund my travels and work. If they don’t-I love the owl picture and I’ll wait till I have a wall to put it on. I love the pallet prayer and I’ll do the same with that. The Porsche pedal car is great and could be ideal for my nephew’s 3rd birthday which is coming up soon. As for the e book, I’d love that to sell round the World! But I need to sell thousands to fill my wallet to the top. If I have no joy then I go back to woodwork. I need to do the ‘right’ thing, and going penniless trying to help other people just aint efficient or sensible.

There has been an outpouring of kindness and a need to act ‘in some way’ to adjust the situation in Calais from a large part of the British public recently. However, quite a lot of Aid coming over is being wasted. The library is overflowing with books, but mostly the wrong kind. Most people are looking for French dictionaries, French into Arabic, French into Farsi, French into people’s home language. Far too many clothes are coming over, so many that a lot of them are being burnt, a) to get them out of the way and b) because they’re fuel for the fire. Ninety five percent of the Refugees here are men. They need virtually no babies clothes and not that many womens clothes either.

The French charities do a good job here. Refugees have been passing through/living in Calais for over fifteen years so they know what they need as far as Aid goes. Food is needed in the ‘Jungle’ and this is best coordinated via the French charities.

Speaking with the Syrian guys we asked what they really wanted:

Thankfully the French branch of Medicines Sans Frontieres have arrived. “But why just now and not before I asked?”

“My friend,” they said, “we offer our services to all the other countries in the World. This is the first time we have had to come to an emergency in our own!”

So they have a group here now assessing the situation. They hope, (and with the French Governments approval(!)) to have a working sanitation system up and running in three weeks time. They have the money. The have the equipment. They have the skills, knowledge and experience.

The basics are what the people need here…and the generators are wished for so they can recharge their mobile phones.

One man, a cook by trade with two obliterated restaurants left behind in Damascus tells us he is ringing his wife almost every hour. Bombs drop daily/hourly…and it was his young daughter’s first day back at school yesterday.

If you wanna buy a plastic Porsche pedal car please get in touch. If you want to help the Refugees, help them to be able to wash, to use the toilet, and to phone their families back home. Help them with the basics. I would back MSF’s work here. If it works it will make a huge difference to the overall well being of the Refugee population in Calais.

(ps. Of course further afield the extras such as food, clothing and shelter are still vital vital vital). 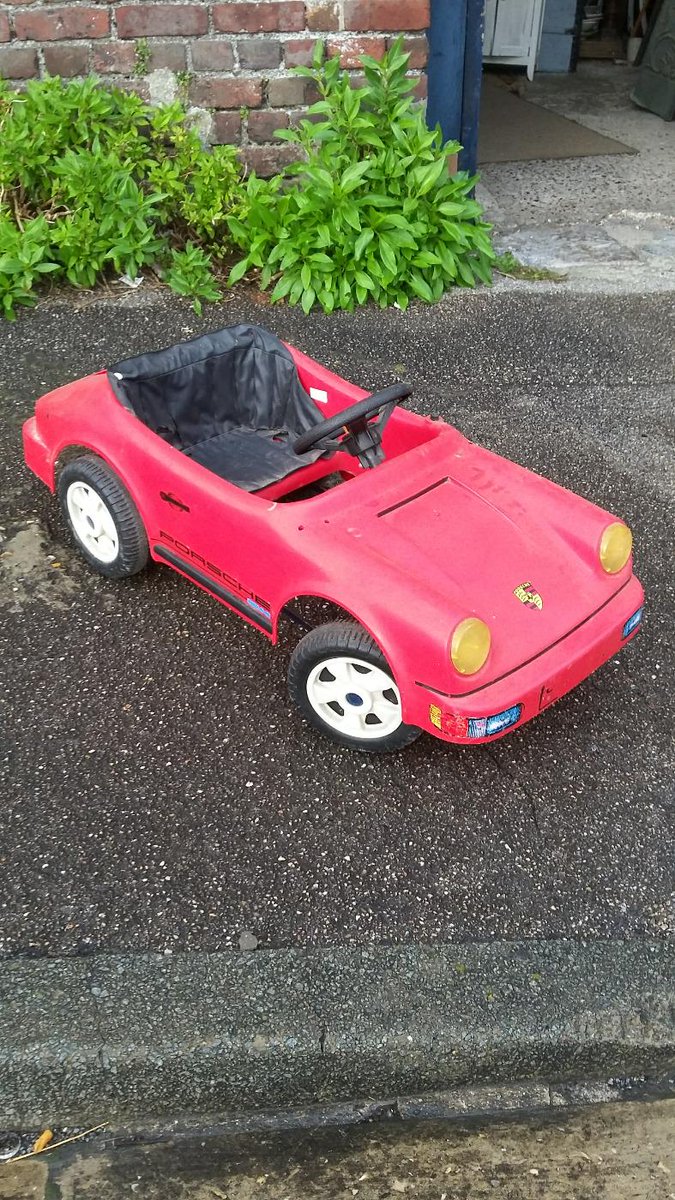 Cleanin' up the World!
View all posts by theprofessionallitterpicker →
This entry was posted in 10.Calais, France., Human Rights and Travel. Bookmark the permalink.